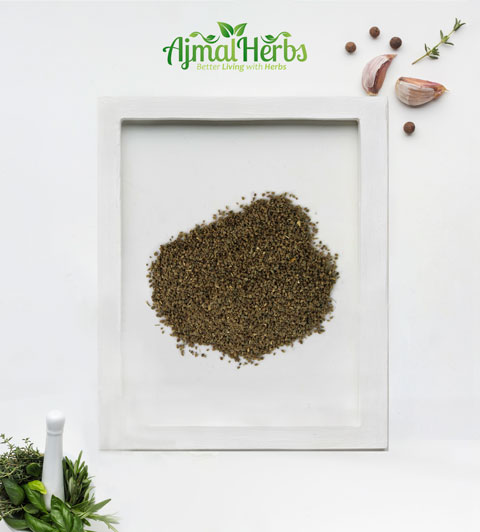 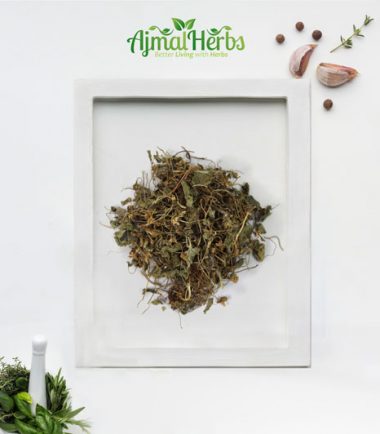 Ajwain Krafs (Sprague) belongs to the Apiaceae family and the seeds of Sprague are used extensively as a food additive in Asia and primarily therapeutically effectual, with hot nature. In traditional Unani medicines, Ajwain Krafs has been used as a therapeutic application and in Persian traditional medicines; it has been used for years. Ajwain Krafs has bronchodilatory, antitussive, and antidyspnea effects. The curative effects of Sprague in stomach diseases, such as acid reflux, cramps, indigestion, abdominal tumors, belching, bloating, abdominal pain, and abdominal infection such as Helicobacter pylori, as well as in eye infection problems, have been confirmed.

The therapeutic uses of Sprague are carminative, antiseptic, amoebiasis expectorant, antimicrobial, antiparasitic, antiplatelet-aggregatory, and antilithiasis. Sprague has also been used for the treatment of common COLD issues and Pharyngitis problems.

Ajwain Krafs also can dilate the bronchial tubes and provide clear airways to the lungs by relaxing the bronchial muscles. With the use of Sprague, patients with breathing problems can alleviate their symptoms of difficulty in breathing and can breathe better. It also has the properties of cough suppressant and acts as herbal antitussive medication, prevent and relive cough problems. As the age passes, many individuals experience problems like shortness of breath. These breathing problems can be treated with Sprague as it has antidyspnea properties as well.

Other than the abovementioned problems, Ajwain Krafs can also cure the symptoms of stomach diseases, such as acid reflux, cramps, indigestion, abdominal tumors, belching, bloating, abdominal pain, and abdominal infection such as Helicobacter pylori as well as eye infection problems.

Be the first to review “Sprague | Ajwain krafs | اجوائن کرفس” Cancel reply
Your custom content goes here. You can add the content for individual product
Back to Top